There inevitably is some grain loss no matter the crop or color of combine. The goal is to reduce harvest losses to an acceptable level. To know how your combine is doing, we will share a process you can use to measure the amount of loss from the machine and where it is being lost.  Information is collected by counting the number of seeds lost per square foot. A suggested method includes building a rectangle frame with an inside measurement of 30” x 48”. This frame will give you 10 square feet on the inside of the rectangle.

In corn, if you are experiencing harvest loss at the head, be sure to check that the snouts are low enough, the deck plates are at the right spacing, the ear savers are adequately maintained, and the gathering chains are moving at the right speed. In soybeans, a lot of loss occurs at the head with a lot being due to header shatter. Reel adjustments are key to reduce loss at the head. The reel should be running slightly faster than the ground speed of the combine. The height of the reel should be just at the top of the beans. The height of the header should be just above the ground, so that the sickle will have limited contact with pods. If we have loss at the back of the machine, we should be checking the fans, sieves, and the rotor. The best place to go to find settings for your specific machine is your owner’s manual. If you would like the loss of your machine evaluated, we’d be happy to assist you.Stop the combine during a pass and back up.  Counts should occur with the frame placed at random in front of the machine where only the head had passed.  Likewise, perform counts in areas that the whole machine had crossed. In each area, fully remove as much residue as possible from the frame. Count the grain found within and divide by ten to get the number of seeds per square foot. Repeat this multiple times to get an average for in front and behind the machine. As a rule of thumb for corn, two kernels per square foot is a bushel per acre. In soybeans, four beans per square foot is equivalent to a bushel. Once you have an average, subtract the loss from the head from the loss at the rear of the machine. In both corn and beans, much of the loss will occur at the head. Knowing where the loss occurs allows us to adjust the machine to reduce loss.

The Midwest Regional Climate Center released that Johnson, Morgan, Hendricks and Owen Counties experienced the driest September on record since 1895.  The extremely dry weather has produced an increased risk of fire damage in fields this year. Something to keep in mind is a farmer may elect to take a fire insurance policy to covers his crops in the field. This usually cost about $.25/$100 of coverage and it can be purchased late in the season. In other words, for $1/acre, you could carry $400 of fire insurance on a crop.  If you have a hail policy, then you are already covered for any fire damage to your crop.  Contact Nathan Bush if you have any questions.  (317) 502-5303.  Be careful and safe this harvest season.

On October 5 and 6, 2020, temperatures in some fields fell to 28-32 degrees F and lasted a few hours.  Some crops experienced frost damage as seen to the left.  Will there be a yield loss in these fields?  This depends on two things:  crop maturity at time the frost/freeze occurred and how deep the frost penetrated (how cold/for how long?).  This applies to both soybeans and corn. If either crop were at maturity, loss due to frost should be very limited because “stuff” was no longer being moved to the grain.

The biggest question that maturity addresses is how much of the potential seed material has accumulated in the seed when the factory was shut down?  Soybean plants with yellow leaves, yellow to brown pods, and seeds that are no longer green are considered mature and yield loss will be minimal.  If the crop was at growth stage R6 (full seed, with green beans) when the FREEZE killed the plant, then the loss could be as high as 50%.  However, sometimes a frost only injures leaves and top nodes, but not the stem and pods on nodes lower on the plant. This would only a partial loss, say 10%, as compared with the potential of an unfrosted crop.

With corn, if leaves are frosted but the frost did not penetrate the stalk, the situation is similar to leaf loss from a defoliation event such as a hail storm.  The plant’s “factory” can still move nutrients from the stalk to the grain, just slower.  If a hard freeze occurred and the stalk froze, the factory is shut down.  Maturity is determined when a black layer is formed near the tip of the kernel.  This signals that the plant is done moving nutrients into the grain.

Bottom line:  For the Oct 5-6 frosts, I would expect varying degrees of loss depending on the severity of the frost in that field and the maturity of the crop, but most losses will generally be limited. Expect injured plants to mature more slowly. 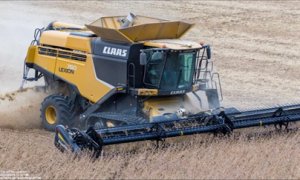